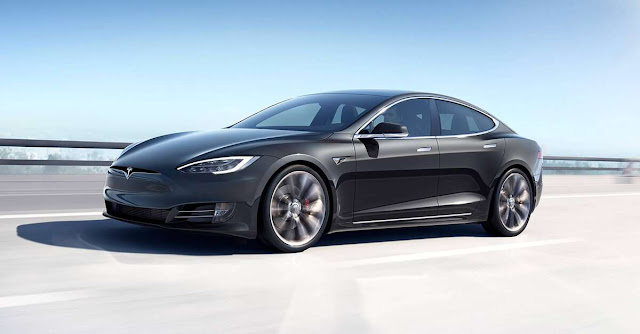 The case to sell:

Elon Musk, in a leaked email, reportedly told employees that the company has 10 months before going broke if it didn't control its costs, hardcore. Making cars and operating massive production plants is very capital intensive and a sudden drop in demand can quickly dwindle cash reserves.

Donald Trump announced on May 5 that the US would raise tariffs on China made imports. Tesla has a super-factory in Shanghai.

A lot of senior people have been leaving, either retiring, starting new ventures, or taking new positions at different companies. Whatever the case, it's more attrition than what would normally be for a healthy company.

Some cars have caught on fire, and some have been involved in car accidents.

Elon Musk has a bad habit of crazy, ill-advised public social media commentary. Not a good look for a CEO.

US government has reduced incentives for Electric Vehicles from $7,500 to $3,750 and then gradually removed entirely over the next year.

Tesla may be exiting its 'innovation' honeymoon stage and entering a maturity curve where it must focus more on being a car company, churning out production and keeping a tab on cost and quality. Much less fun part of being a mature company.

Old hats like Toyota, Mercedes, and BMW have been doing this for decades longer with much more production experience and profitability. Tesla has had a head start but just as Samsung caught up and overtook Apple in smartphone sales, the same could happen here when competition heats up.

Tesla has a high number of complaints and repairs on new cars sold. A symptom of being new at making cars.

Tesla is the most shorted stock on the market. Many short sellers are targeting it to fall even more.


The case to buy:

Buying Tesla is not just about making money. It's about supporting innovation and human advancement. If not for Elon Musk and Tesla disrupting the car market, there would not have been any impetus for car manufacturers to push for Electric Vehicles. Just as Kodak was first to the digital camera, Kodak did not invest in it until Canon killed it.

Tesla outsold Mercedes in the US in Q3 last year. That's massive for a car company that didn't even exist 10 years ago.

Tesla has opened a mega factory in Shanghai. This opens it up to the massive China market. China has 4 times more people than US.

Tesla cars are as much about its tech as it is car. Old hat car companies will find it hard to turn themselves into tech companies. Just look at their antiquated GPS compared to Google Maps.

With the company shorted so much, any sign of good news will trigger the mother of all short squeezes.

The majority of analysts have price target for Telsa above $250.

This lower Tesla price could make Tesla a take over target or for Elon Musk to buy out and take the company private. The price could never actually drop to $10.

Elon Musk's comment on 10 months left of money was alarmist and based on figures to make a hypothetical statement to his employees to control costs. It was not a mathematically correct extrapolation as it included one time cash write-offs that won't recur in the next few quarters.

The number of cars sold by Tesla is increasing on a year on year basis. No other car company has grown so fast so quickly. At the right price points, the masses of people would rather buy a Tesla than any other car.

Will you buy, hold, or sell?

Disclaimer, I hold no interest in Tesla stock as of time of writing

Popular posts from this blog

Why you should not pay off your mortgage

May 12, 2019
Hi, I have almost saved enough money in my offset account to fully pay off my home loan. I have $370,000 in the offset and the loan is $385,000. I expect to finally reach equilibrium by the end of the year. Should I pay off the loan and be debt free?  First of all congratulations! That is a mammoth achievement and cause for celebration. It is an amazing feeling to be almost debt free. Leaving the money in a 100% fully offset account is almost the same as having paid off the loan as you are no longer paying any interest on the amount owing. If you pay off your loan, you no longer have easy access to that money. If you need it for emergencies, then you will need to apply for a new equity loan with the bank and whilst that might not take that long given your financial circumstances, it is still an extra process and you are back at the mercy of the banks to approve your loan and your loan amount. Your bank may not agree to loan you back the same loan size you had previously. You
6 comments
Read more

June 03, 2019
How to perform system reset for a HP C7180 ink system error. Posting this up for anyone who is searching for the same answer. With the printer on, press and hold the '*' key on the key pad, then press the '#' key and release them both.  Enter '123' to enter maintenance mode.  Press the right arrow to scroll to the System Configuration menu  Then pressed OK to clear the error condition Once cleared, press cancel to return to the menu.  Then powered off and back on and go to Setup -> Tools to Clean Printhead. This will clean and print a test page.  Done! This may work for other HP printers, not just the C7180.
1 comment
Read more